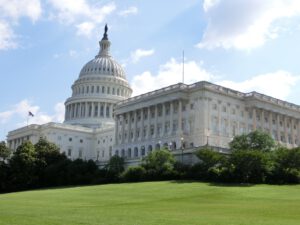 On January 6, 2021, a mob of supporters of President Donald Trump, incited by his false claims of election fraud, stormed the United States Capitol in an attempt to overturn the 2020 presidential election. The attack resulted in the deaths of five people, including a Capitol police officer, and the injury of dozens of others. The rioters breached security barriers, vandalized offices, and clashed with law enforcement, leading to the evacuation of Congress and the delay of the certification of the electoral college vote. The attack was widely condemned by leaders from both political parties and around the world, and several people have been arrested and charged in connection with the incident.

The attack on the Capitol was a shocking and unprecedented event in American history. The rioters, many of whom were wearing Trump merchandise and carrying Confederate and Trump flags, breached the Capitol building’s security perimeter and clashed with police, breaking windows and entering the building. Inside, they vandalized offices and clashed with police, forcing the evacuation of Congress and the delay of the certification of the electoral college vote. The National Guard, as well as state and federal law enforcement agencies, were deployed to restore order and secure the Capitol.

The attack resulted in five deaths, including one Capitol police officer, Brian Sicknick, who died from injuries sustained during the riot. Dozens of other police officers and rioters were injured. The FBI has since opened a major investigation into the riot, and several people have been arrested and charged in connection with the incident.

The attack on the Capitol has been widely condemned by leaders from both political parties and around the world. President-elect Joe Biden called it „an insurrection“ and said that „the scenes of chaos at the Capitol do not reflect a true America, do not reflect who we are.“ Many called for the impeachment and removal of President Trump, and he was impeached by the House of Representatives on January 13, 2021, for „incitement of insurrection“.

The events of January 6, 2021, have led to increased concerns about the security of the Capitol and the potential for political violence in the future. The incident has also highlighted deep divisions in American society and the need for greater unity and understanding.

„We will stop the steal,“ is what Donald J. Trump said on January 6th during his speech, as Congress prepared to count the Electoral College votes. This is the day that the US Capitol, the ultimate symbol of democracy, got attacked. Trump made many Americans believe that the election was stolen. What can we infer about their democracy from the attack on the US Capitol?

Influence of the media and social media
Firstly, the big problem with the riot on the Capitol was that it was based on a lie. A lie that was set free by Donald Trump purposefully and for a certain reason He, with his personal desire, wanted to stop the election so that he could stay president. To fully understand the consequences of the attack, it is essential to understand why his supporters blindly believed his lie without questioning anything he said.

A key point in that is the American media and social media. They play a significant role in convincing and motivating the rioters. As many of you might know, Trump used Twitter as a platform to spread his opinions and thoughts. Twitter is not only the platform where he began to tell his supporters about the „election fraud,“ but also the platform where he could address his supporters directly. For instance, the „proud boys,“ a group of fascists and extremists, were one of the first to enter the Capitol. They were personally addressed by Trump, which encouraged them and made them feel like they had to be on the right side if even the President himself supported them. 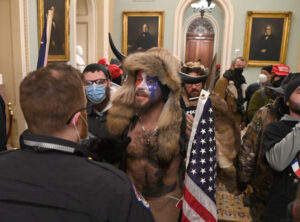 Additionally, these groups of extremists used social media to organize their attack. Days before the attack there were people posting about who brings what with them and not only plans about equipment, but also discussions over which lawmaker should be targeted first. These organizations couldn’t have existed to that point without the impact of social media. However, organization was not the only problem resulting from the use of social media. Trump’s lie couldn’t have spread like it did if there hadn’t been people reporting, reposting, and stirring up the situation.

Apart from this, the classic media had its part in this as well. Many of Trump’s allied television networks and news websites reported about „election fraud“ and stolen votes.

Division in the US

Secondly, a massive problem in the US is the division of society. There is a huge gap between cultures, the distribution of wealth, and last but not least, political opinions. Especially the political division is significant in the United States. Their system was created as a two-party system, which means there is a permanent fight between two completely different points of view. The republicans and the democrats are now fighting for more than a hundred years which explains why the devision is so entrenched in society. On January 6, it was the Republicans who stormed the Capitol due to the lack of trust in the Democrats and the erosion of trust in democratic institutions.

Robert F. Kennedy once said, „American democracy is supposed to be the paradigm for the rest of the world,“ and it definitely was and is some kind of role model for modern democracies. The fact that the majority of western democracies are built on the American concept behind it demonstrates how crucial it is to the way people think about democracy in general. The Capitol riot is such big of a problem because it represents this concept with the senate and the house of representetives. Those two institutions are basically the birthplace of democratic thinking, and if a man like Trump has the power to attack those institutions, stop a legal and peaceful transfer of power, and damage the integrity of the electoral process, it is fair to ask if this is still the democracy it once was.

Moreover, the riot led to deaths and injuries, as well as significant damage to the Capitol building, which is a symbol of American democracy. But it also led to a renewed focus on issues related to extremism, violence, and the role of social media in spreading disinformation.

In conclusion I can say that there are many reasons for the riot and although I can understand why many republicans followed Trumps invocation I believe it is a tragic event that has caused great harm and is definitely a direct and devastating attack ondemocracy. This should not be tolerated, and the participants and Donald Trump as well should be punished. In general, the storming of the Capitol has had a negative impact on the perception of democracy in the United States and has led to calls for reforms to ensure the security of democratic institutions and the protection of the rule of law. Adding to that, as said earlier, America still sets some kind of example for other countries, and this could have a negative impact around the world. Maybe you heard of the attack on the Brazilian parliament, where something similar occurred. The problem of division is not only an American problem, though; here in Europe and even in Germany, this division starts to get more and more clear. Right-wing parties start to increase in significance, and last year there was even a small „Staatsstreich“ from so-called „Reichsbürgern.“ I hardly condemn this attack, and we should make sure to protect our democracy.